As a clinical dietitian, my interest in eating disorders began when I realized how many people suffering from these illnesses go unnoticed in the Middle East.

In 2012, I got certified as an Eating Disorder Practitioner from NCFED, UK, and have been counseling in this field ever since.

Eating disorders such as anorexia, bulimia, binge-eating disorders are not a choice, they are complex mental illnesses that can affect men and women of all ages and races. They are characterized by abnormal eating habits that involve extreme worry about eating, body shape, and weight, as well as disordered behaviors such as restriction or vomiting. Most often, eating disorders aren’t just about food but rather a way to cope with emotions or trauma.

The good news is they can be treated with the right approach and multidisciplinary team that usually involves a GP, a psychologist, and a dietitian.

A complex mental illness that leads to an obsession with appearance and a fear of gaining weight, which can lead to the development of unhealthy eating behaviors and lifestyle changes.

An emotional disorder characterized by a distorted body image and an obsessive desire to lose weight, in which bouts of extreme overeating are followed by fasting or self-induced vomiting or purging.

An eating disorder characterized by frequent and recurrent binge eating episodes with associated negative psychological and social problems, but without subsequent purging episodes, such as vomiting.

An eating disorder that is characterized by a persistent failure to meet appropriate nutritional and energy needs, which can lead to significant weight loss.

“The core of an eating disorder treatment is establishing a strong patient/dietician
relationship as well as connecting with the family and support system.
It is about building trust, mutual understanding, cooperation, acceptance,
and providing genuine care and attention.”

Worried That You or A Loved One
May be Suffering From an Eating Disorder?

Get in touch today and remember recovery is more successful with earlier treatment!

All nutrition sessions are 100% confidential, private and discrete.

Worried That You or A Loved One
May be Suffering From an Eating Disorder?

Get in touch today and remember recovery is more successful with earlier treatment!

All nutrition sessions are 100% confidential, private and discrete.

Get Your Guide For A Better Lifestyle TOTALLY FREE!

My weight gain and eating habits were out of control when I started seeing Maria. I would not eat all day and then eat huge amounts when I got home from work. I used to wake up sometimes in the middle of the night just to eat something and go back to sleep. During my sessions with Maria, she helped me gain back control over my food by structuring my meal plan, teaching me how to eat slowly, and listening to my hunger levels.” 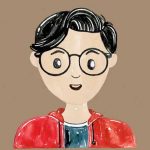 I had been battling bulimia for the last ten years when I started seeing Maria. Through her gentle and patient approach, she helped me learn how eat moderately again without restriction or bingeing. I also learned how to eat regularly, how to add fear foods to my day in a healthy way and how to have a positive relationship with my food and body. What resonated the most in my recovery treatment is how Maria always positioned setbacks as learning experiences rather than failures.” 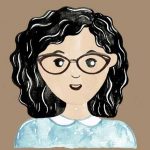 Deciding to see Maria has been the most significant aspect of my Anorexic recovery. She taught me not only how to eat normally again, but gently and compassionately guided me to break the food rituals, and fear over portion sizes and types of food, that have debilitated my life for many many years. Trusting someone with my food and my body size was never going to happen, until Maria. Her level of knowledge and genuine concern has brought a freedom and joy I had almost given up on.”